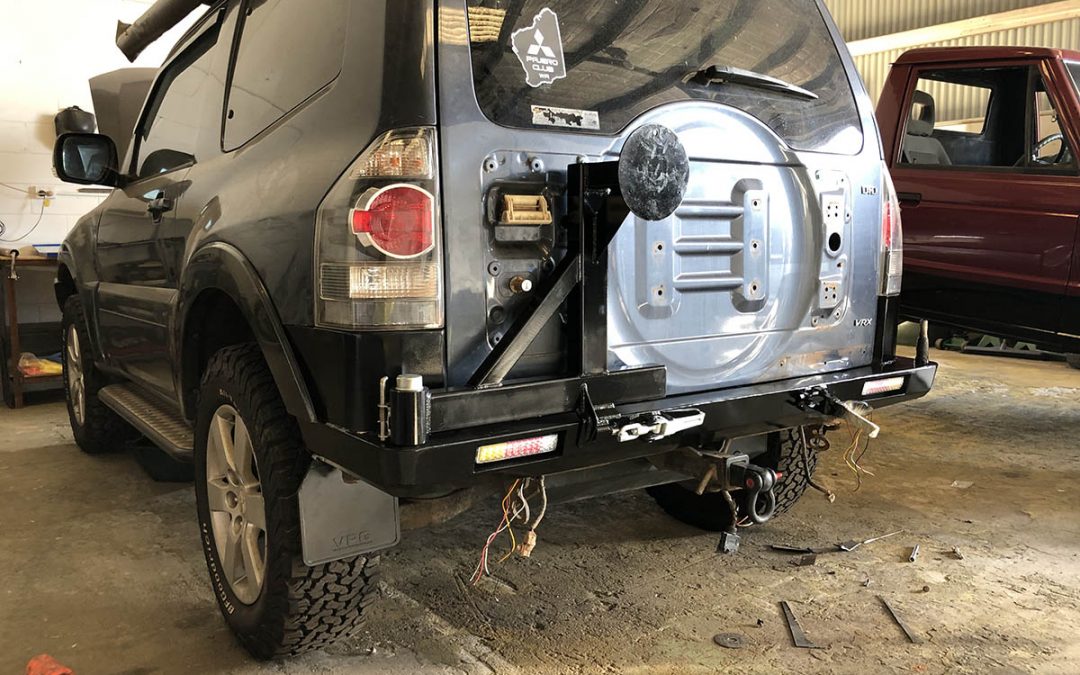 Touchy topic, some people prefer old school, some prefer to have every gadget under the sun in their wagon. I have tried hard to meet somewhere in the middle to not only keep the weight down. Which I am still over GVM, But I can’t loose much else. There is always a downside to running a short wheel base machine. I will basically go through a list of our major mods that keep us rolling on our trip.

This is a major as the shorty only has a factory tank that holds 72L, but I have dented it so lets say 65L useable, now through in deep sand consumption at 30L per 100.. I am not getting far. Step in the long range fuel tank. This buys me about 55L useable of extra fuel. Basically doubles my range. Its got its own gauge and electric transfer pump. I also now carry 60L on the roof when I know we will be spending longer than a week away from a servo. 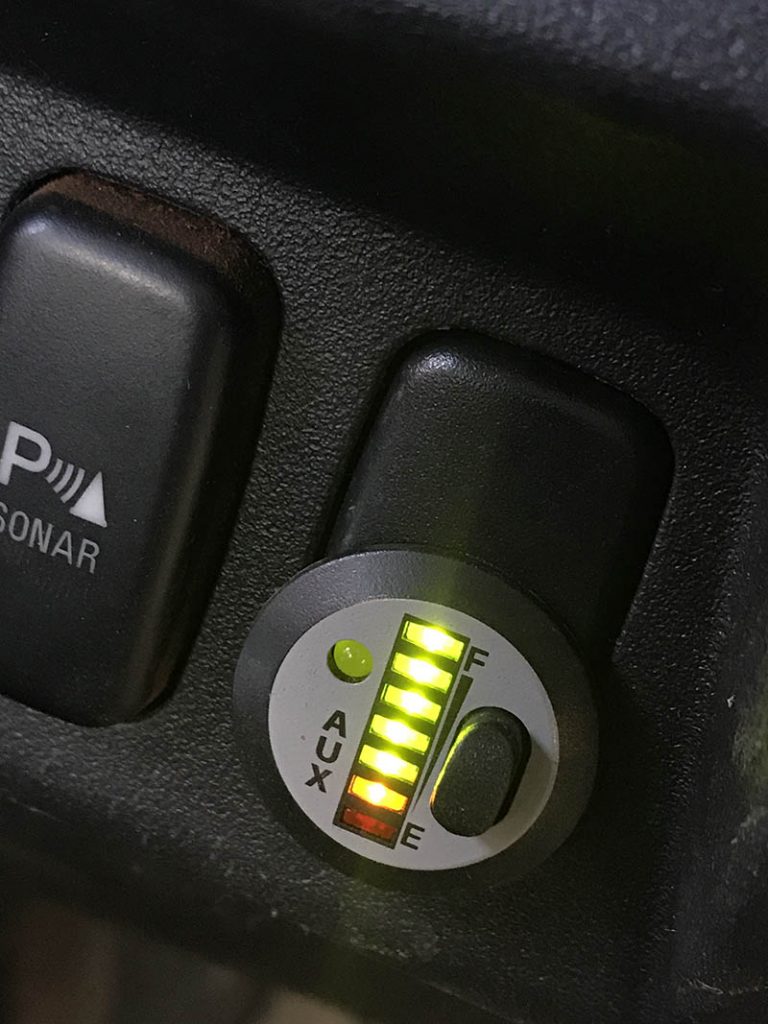 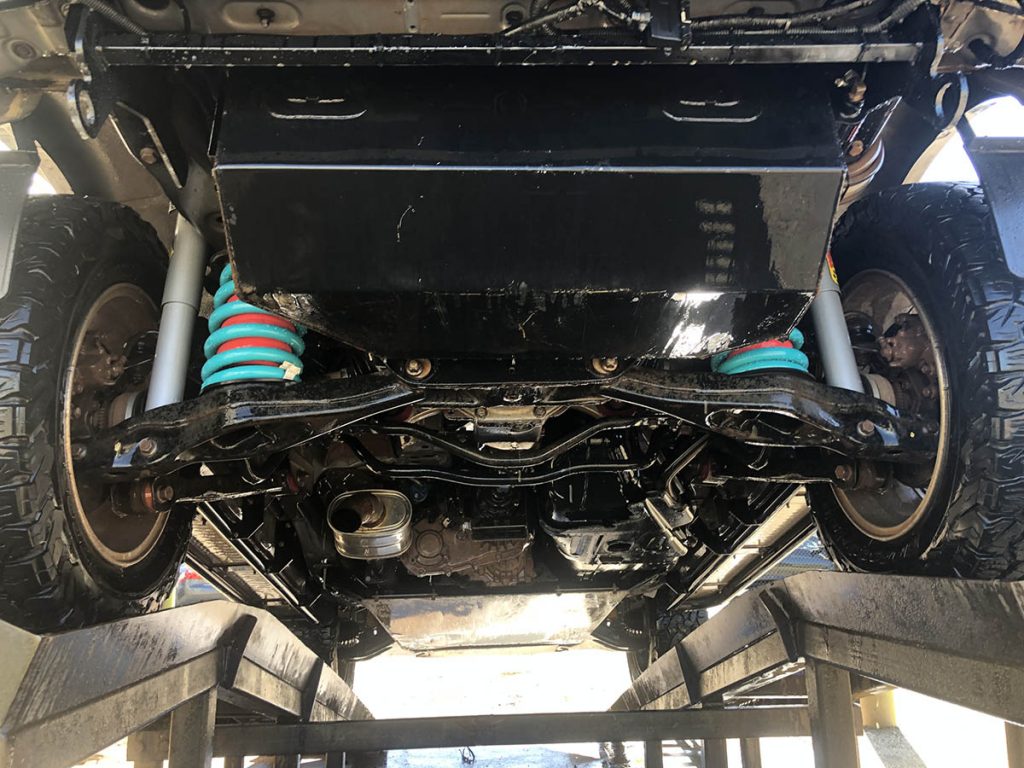 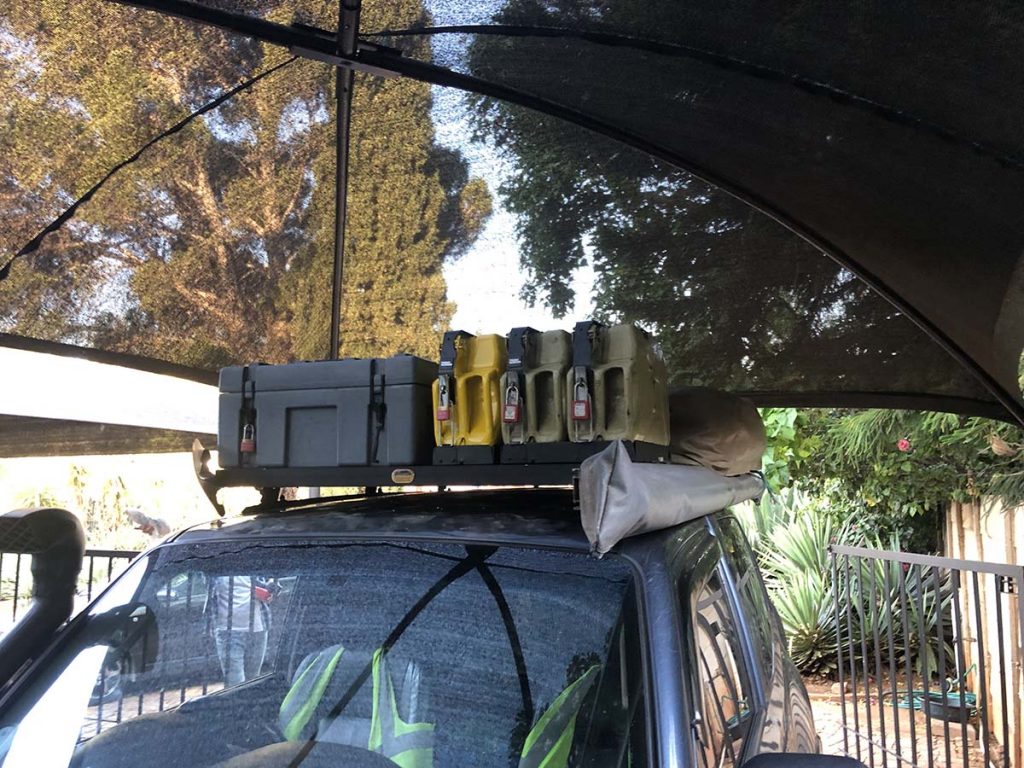 I will cover protection in a solid hit, up front we run an ARB Sahara bulbar complete with 12000lb winch (That we have never used on a trip yet) and a small 20” LED light bar. Good frontal protection takes some of the stress out of driving in the super busy towns and congested roads. Along with smaller animals will not be a trip ending hit, although we don’t drive at night to avoid this situation. 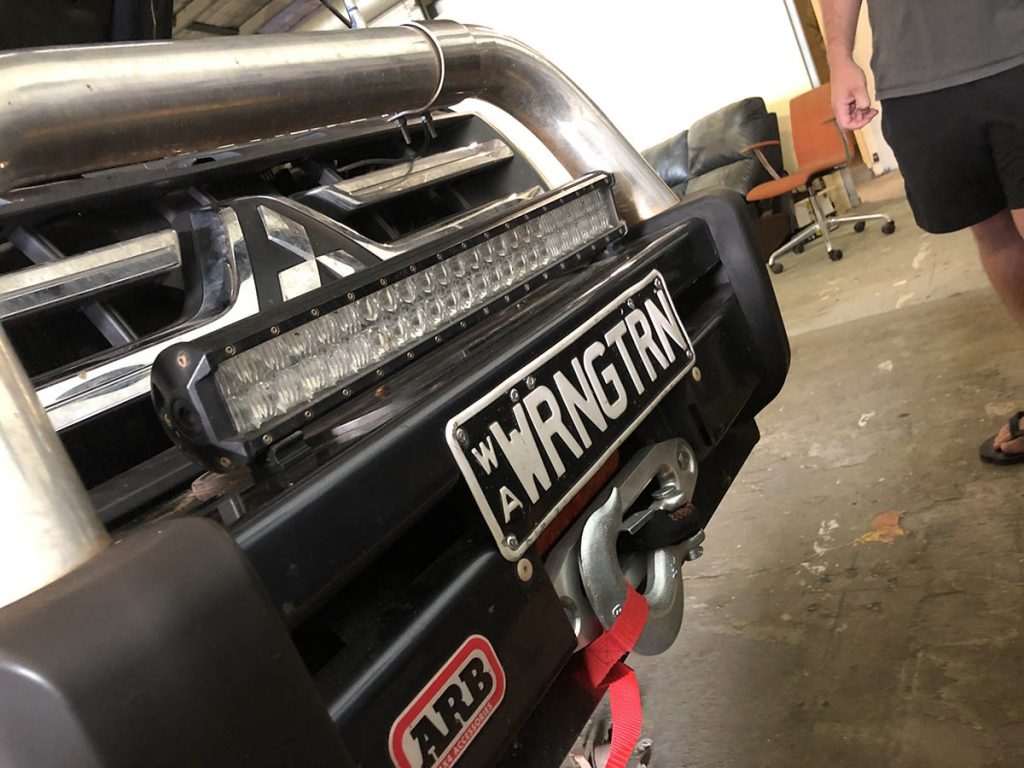 Down the sides we have a set of bush skins sliders, great for climbing on, and also protecting the sills. Its cheap insurance in my books, as I have replaced the sills on my old wagon and do not recommend it. From bush skinz underneath I have the 3 piece underbody protection plates. 4mm mild steel, which I want to replace with 6mm aluminum as I will save 22kg which is a win.

I guess its protections in a sort. not so much body, but engine, The snorkel, Its a Safari. Mainly used to avoid dust, but every once in a while we do have a deep water crossing.  Its a bit of a job to install one, give yourself a solid afternoon including beer time.

I will also add that super dark window tint is something I would suggest. I even have the front window tinted, not only does it keep the vehicle cooler, it stops the chances of theft as you cant actually see into the car anymore. 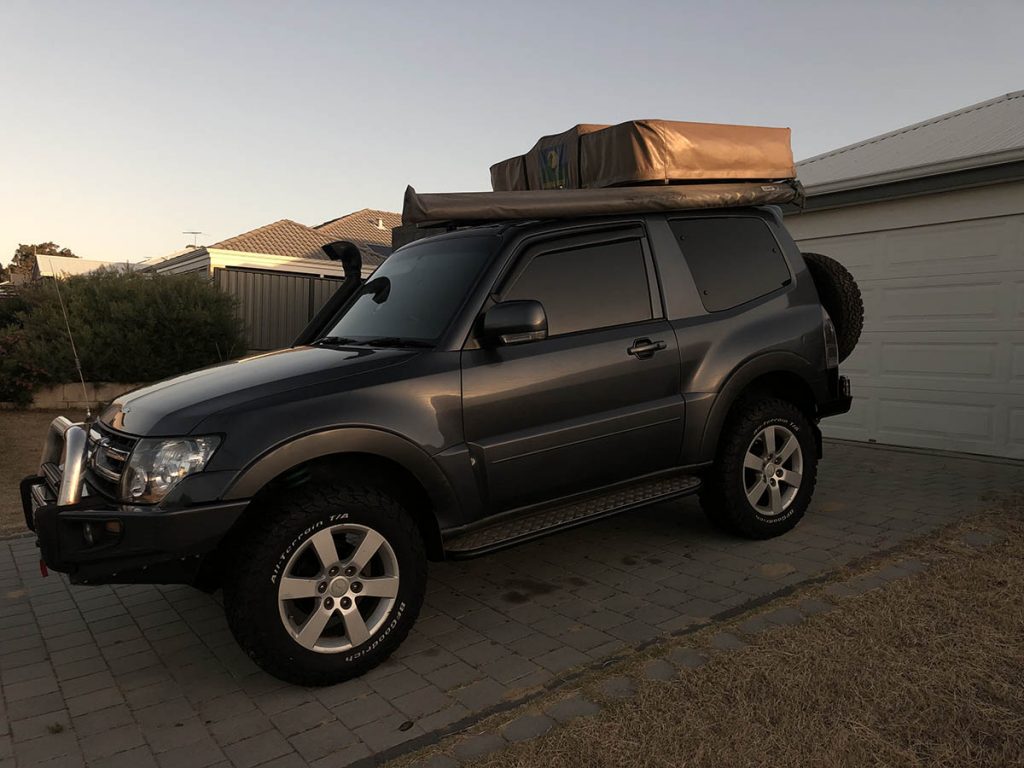 On the rear I have a dual swing away bar that I manufactured myself. It can take a beating on steep drop offs, doesn’t rattle at all. And obviously allows me to carry 2 spare tyres. I have positioned the spares as close as possible to keep the weight forward. I think there is only 5-6mm of clearance in some areas. I had to modify the rear door because of this as the handle was in the way. So chop chop and re plated with a pull cord to open. 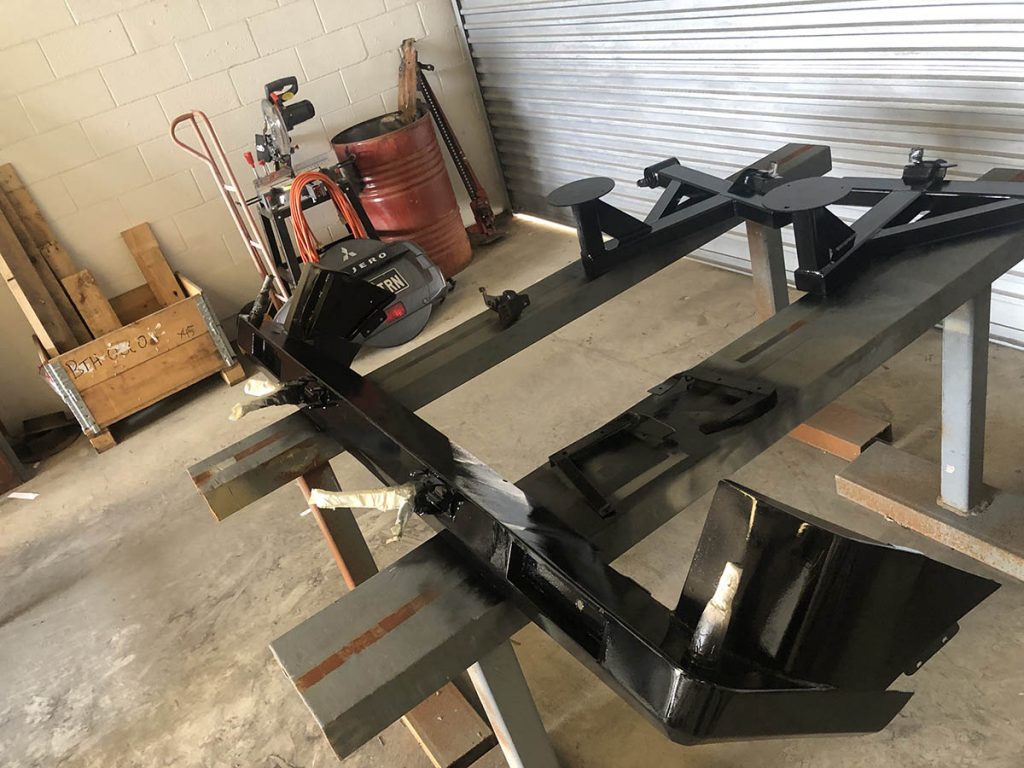 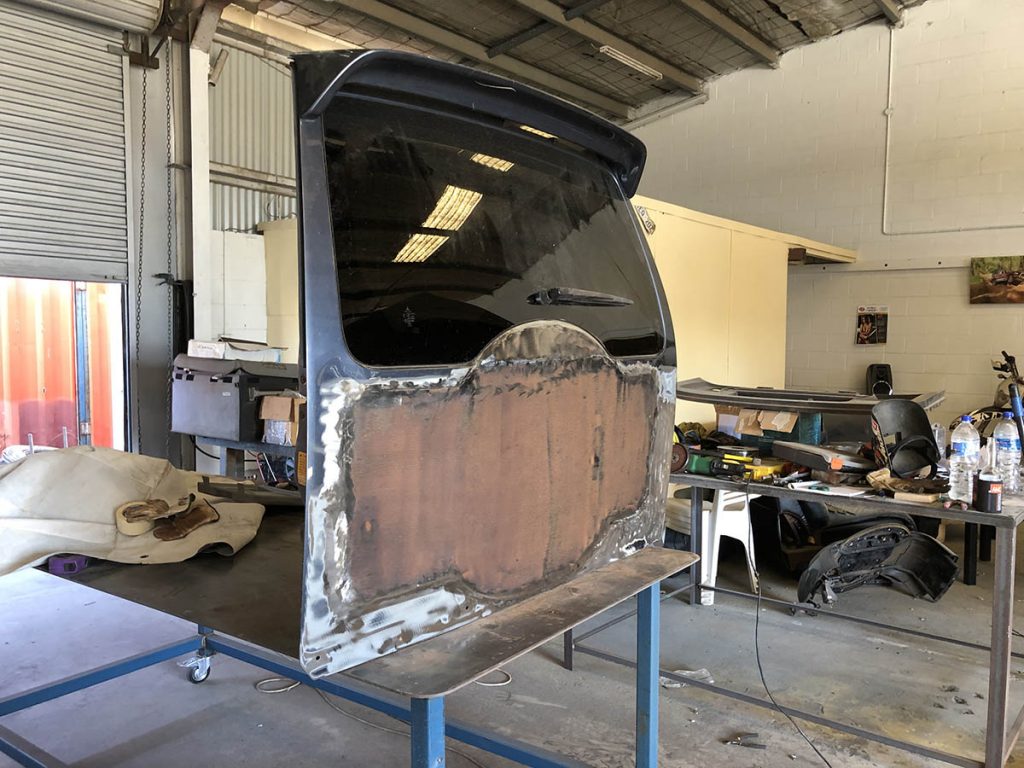 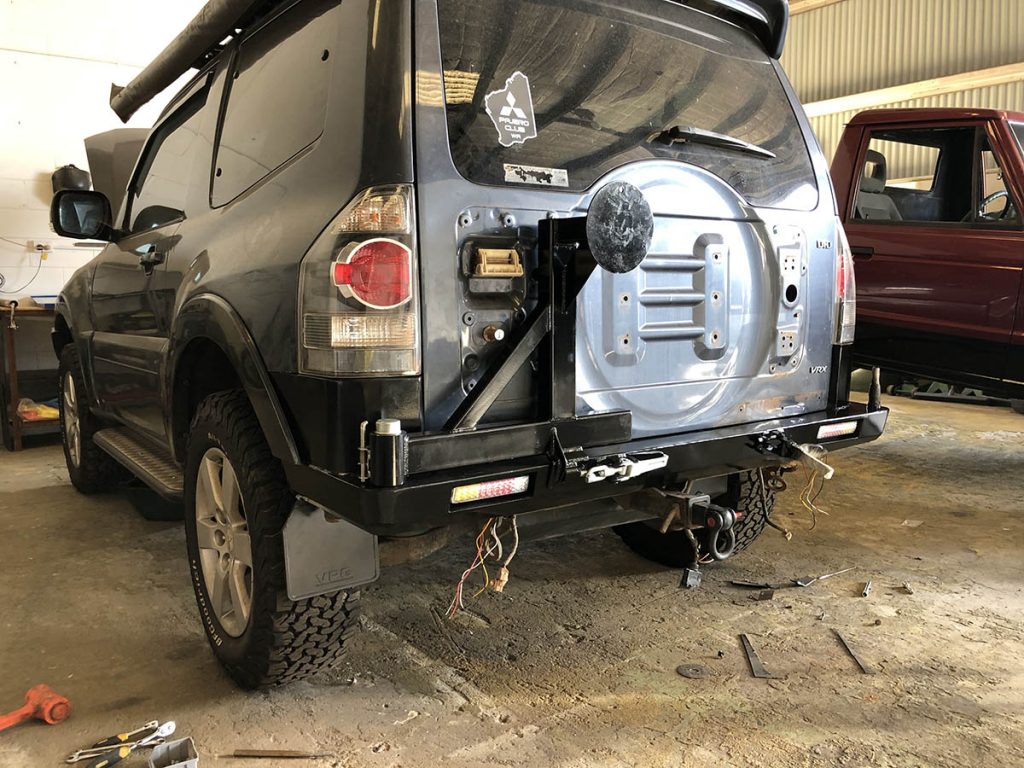 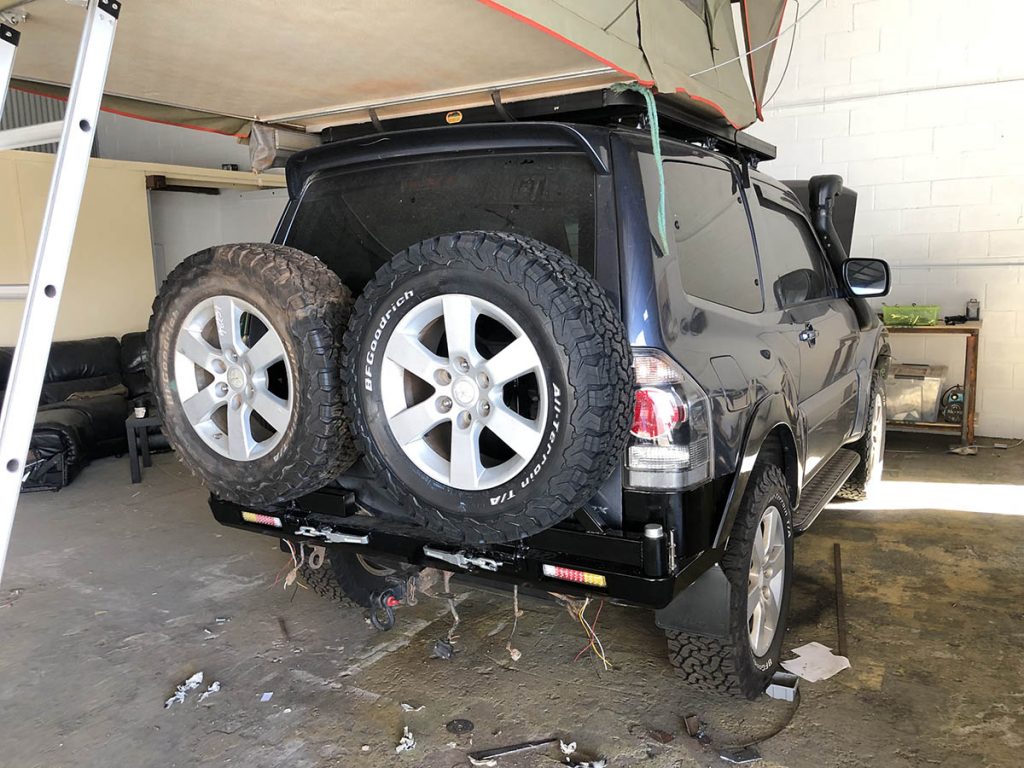 The famous roof top tent, this is a life saver on long trips. I have wired in lights and dual USD charging ports so it feels like you are really at home. As well I have some zip ties that hold a cell phone hanging so you can watch a movie before bed. The tent is a Howling Moon Tourer. I picked it up used, and would say it so far has been worth every penny. A good nights sleep in the bush is priceless. 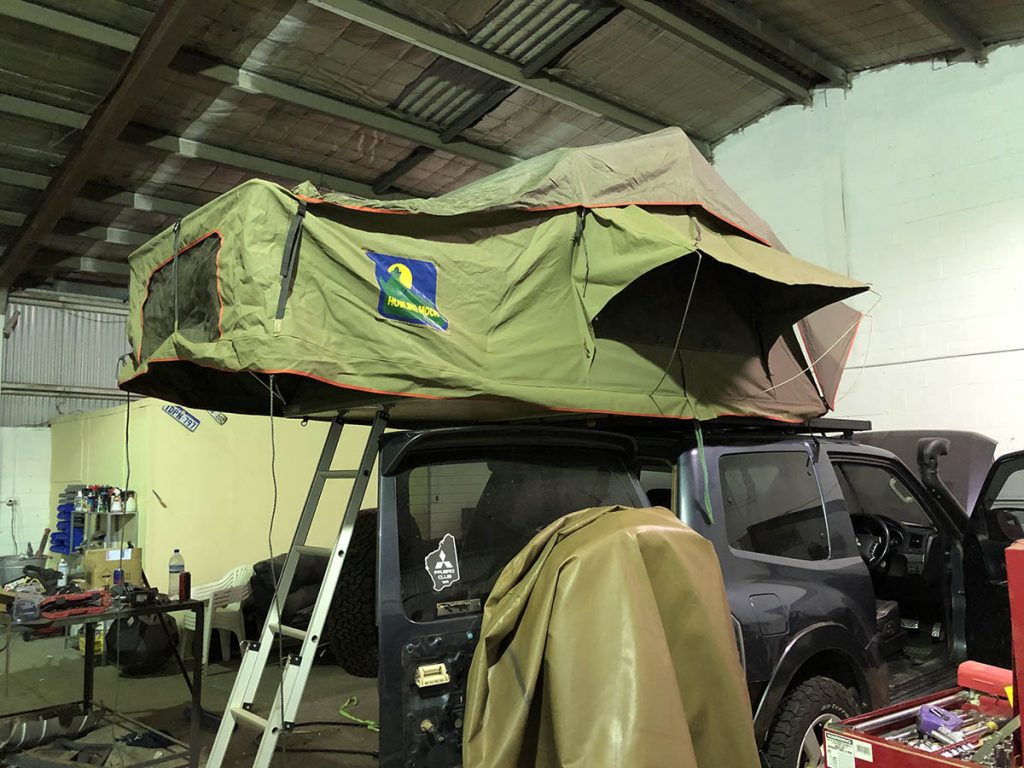 Tunes!! Don’t skimp, I know this sounds sort of pointless as its not needed, but a cable free cab is so nice, our stereo hooks up to 2 phones so we can easily swap between. You’re going to need the tunes while in the middle of Namibia on the long desert crossings. For safety we also have picked up a spot X that I can actually send messages on if required, along with the standard tracking. 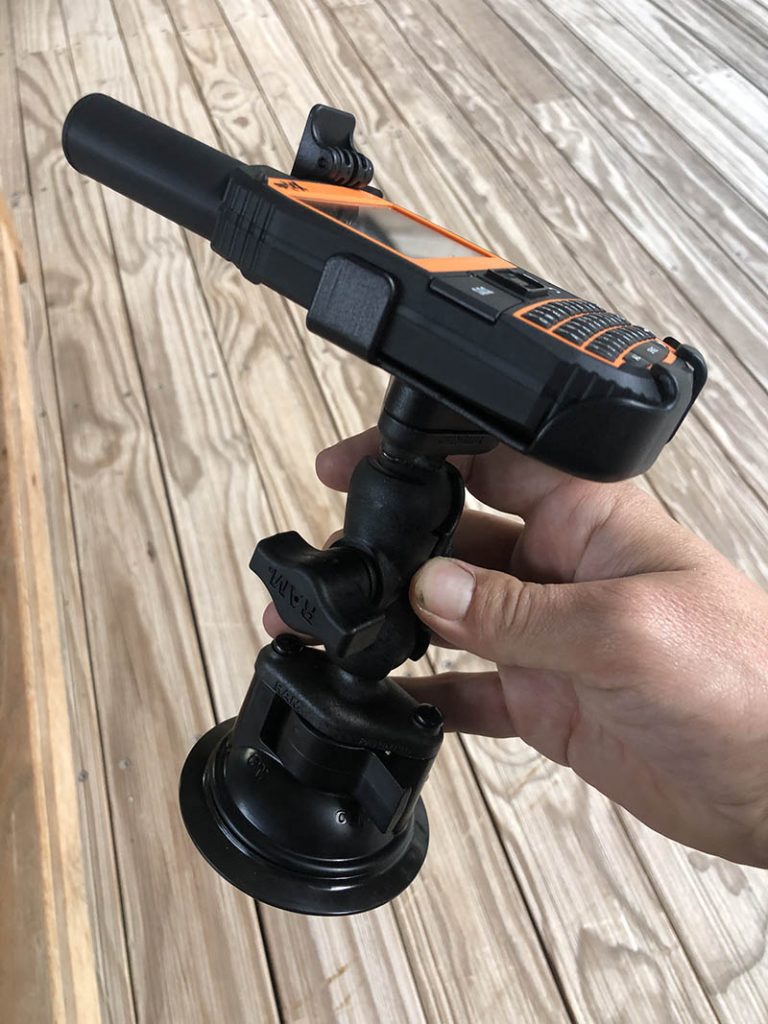 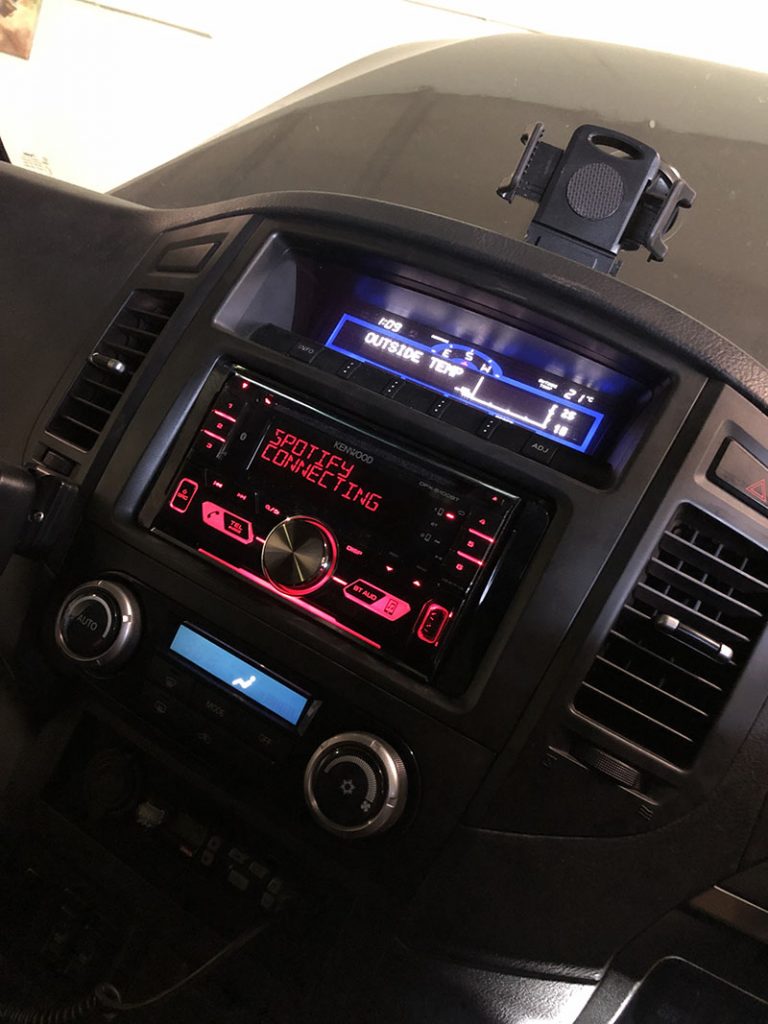 Custom built, as most of my stuff. I kept it light and decided to get rid of my drawers, as nice as drawers look they are heavy. I saved 80kg by going this route. And made better use of my storage area. It’s a very simple design, using 25mm square tube and a wood base. I had the fridge slide already for the waeco. The fridge height is a bit high, but we make do using a step. The front blue box keep all of our clothes dry and dust free. And to stop anything coming forward I also used the treds as a stopper.  The treds have yet to be used.. maybe one day we will get stuck, doubt it though… haha 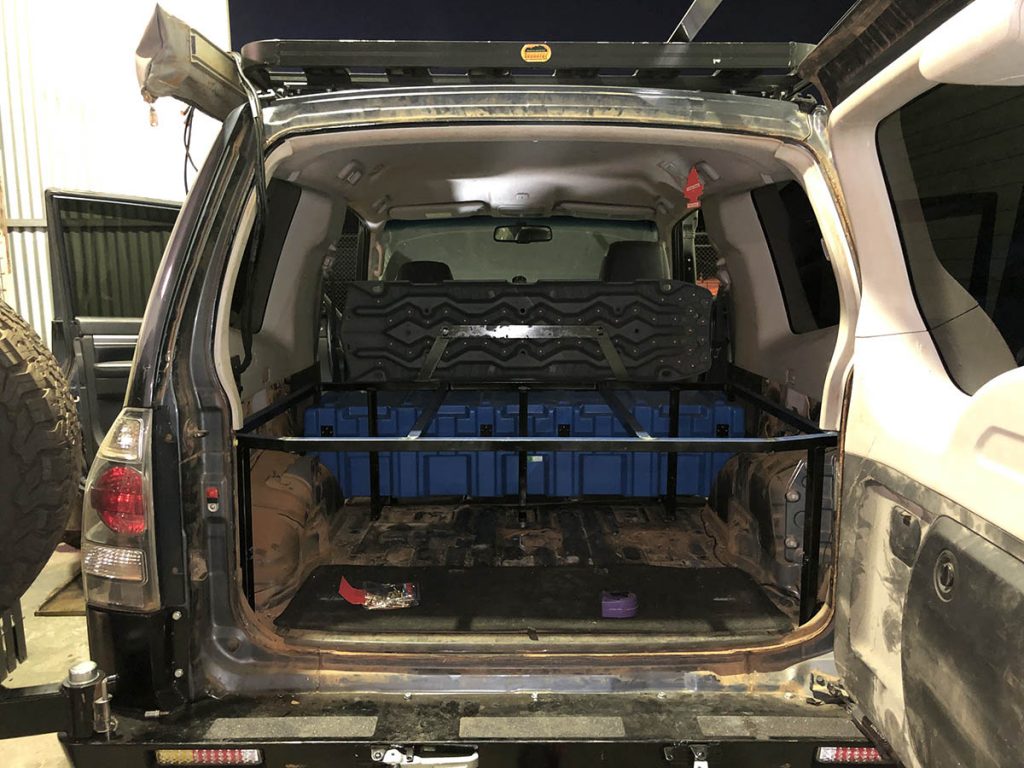 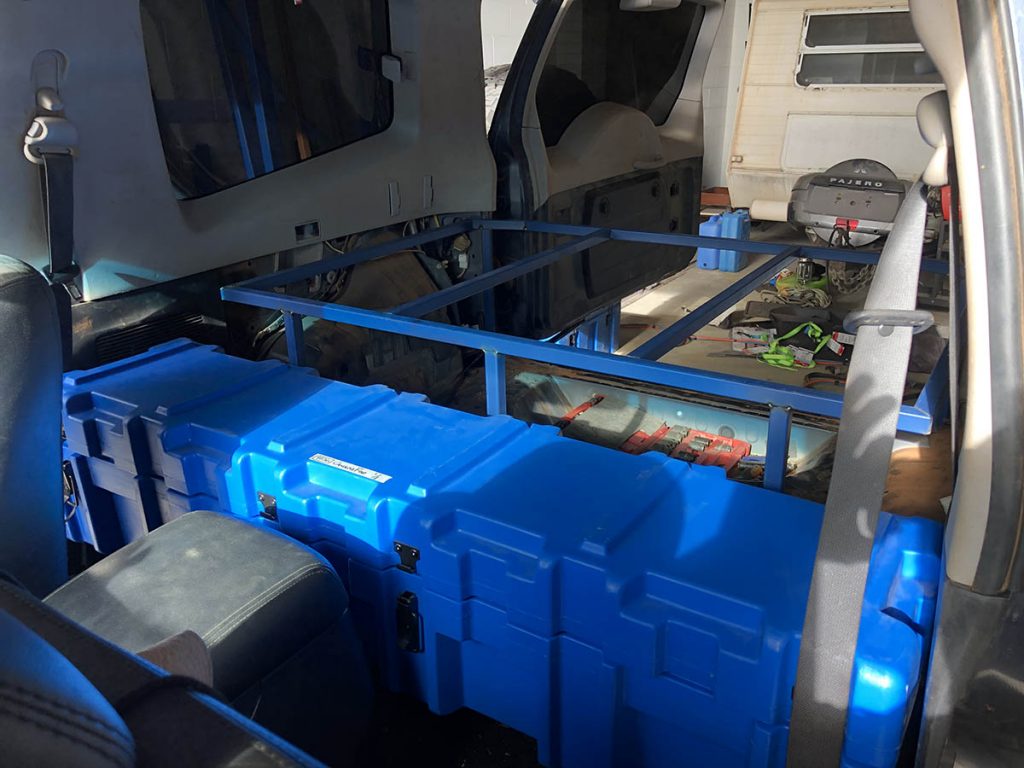 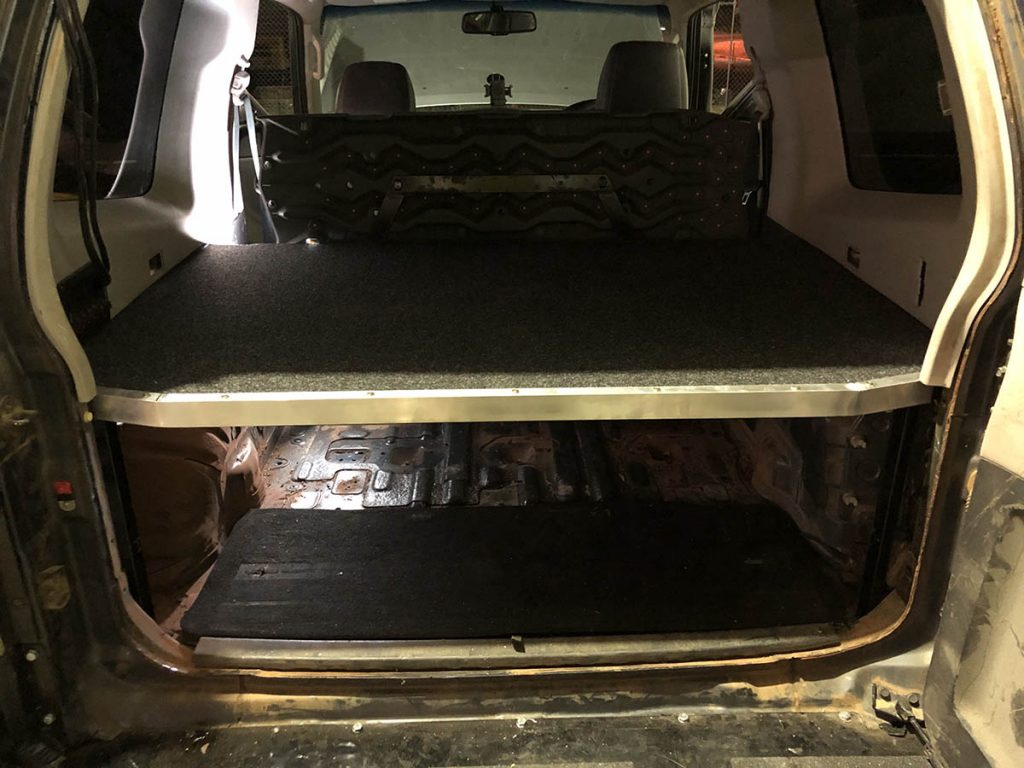 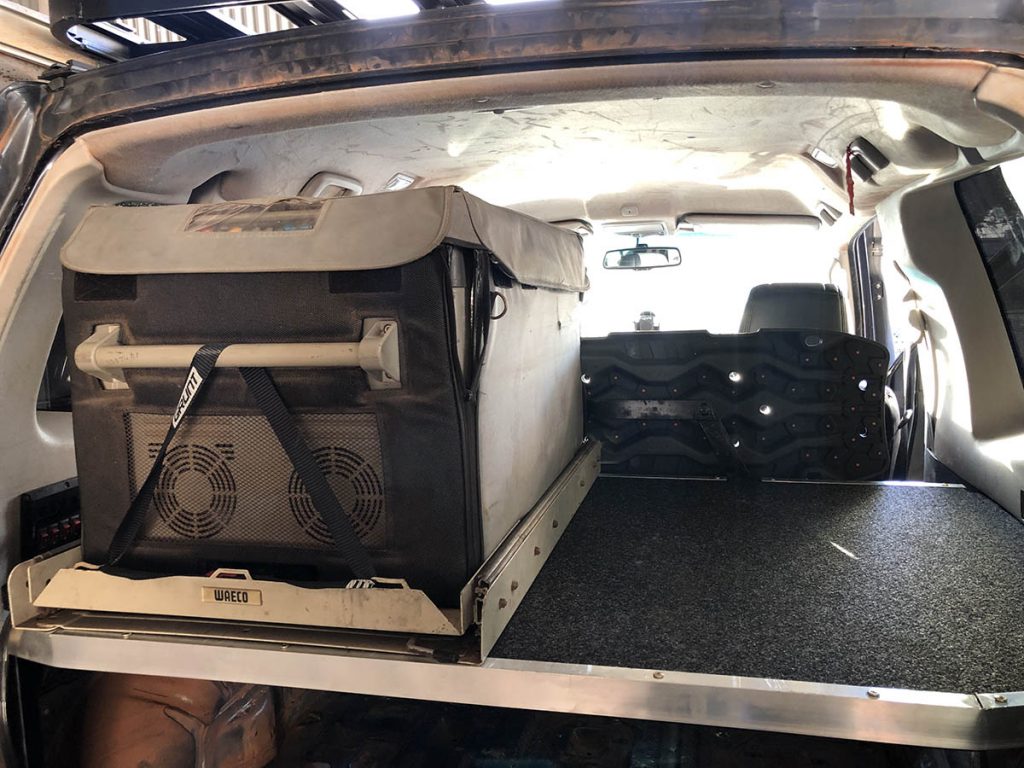 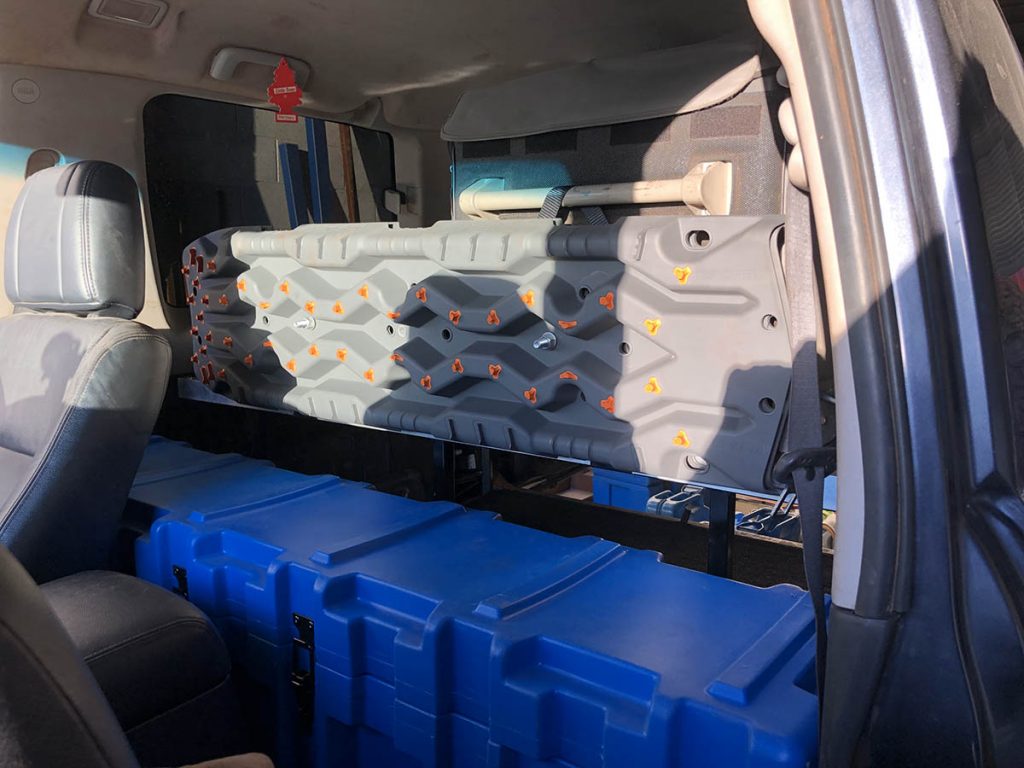 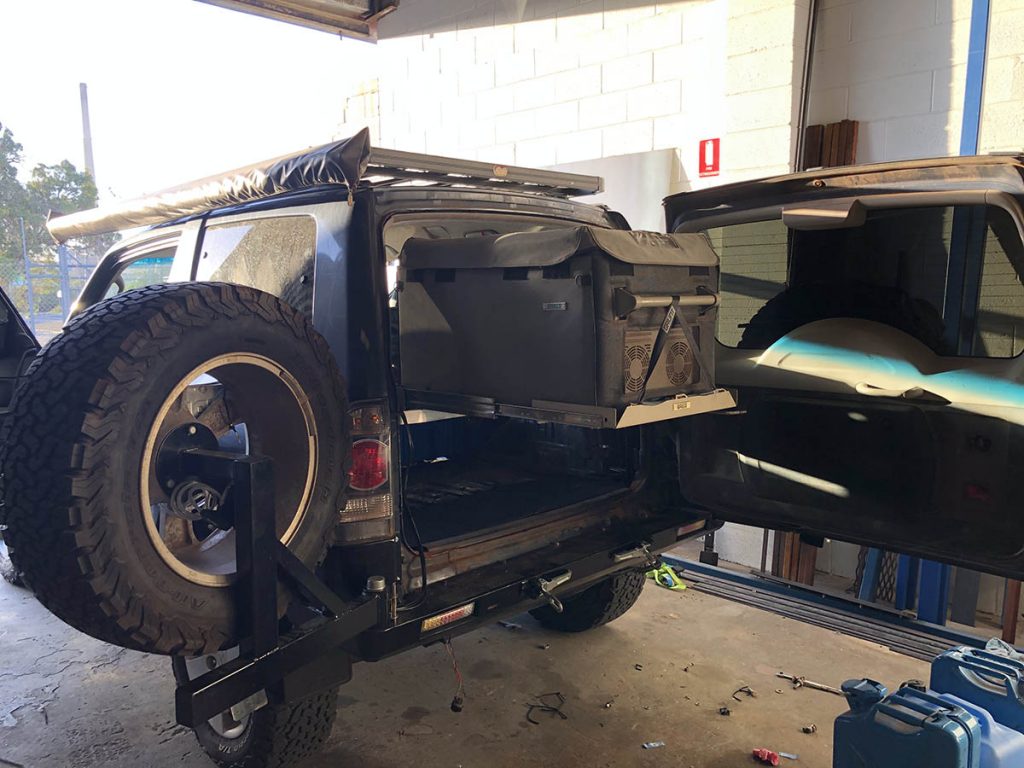 These are just some of the basic items we have that help with the trip. Keep it simple, try to keep it light. And enjoy the sights.

Back to Modifications I Back to home 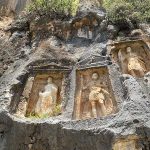 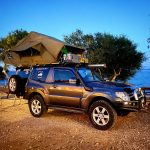 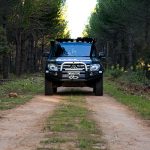